We love biking here not only because it’s a great workout but also because you get to take in all of the natural beauty of the Berkshires – the rolling hills, glorious mountains, pastoral farmland, crystal clear lakes & lots of wildlife (In fact, I just observed a porcupine scurrying across the road on my last ride!). The bike rides here range from relatively flat & easy to very hilly & challenging.

One of our favorite rides with the kids is the Ashuwillticook Rail Trail (say that 10 times fast), in Lanesborough. The reason why this makes for such a great family ride is that it’s mostly flat & not too strenuous. Yet, you get to ride alongside beautiful lakes (including the 418 acre Cheshire Reservoir), mountains, streams & babbling brooks – without car traffic (with the exception of a couple of crossings that are clearly marked & difficult for the kids to get through on their own, because of strategically placed barriers). 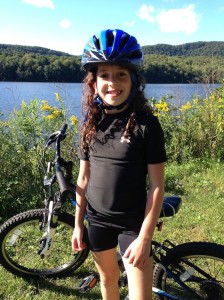 The Ashuwillticook Rail Trail is a former railroad corridor converted into a 10-foot wide paved trail. It’s also a great place for jogging & rollerblading. The Rail Trail runs parallel to Route 8 through the towns of Cheshire, Lanesborough & Adams. The southern end of the rail trail (which is where you’ll probably want to start) begins at the entrance to the Berkshire Mall off MA Rte. 8 in Lanesborough & travels 11.2 miles north to the center of Adams. So, the total ride is 22 miles and takes several hours. It’s just under a 40 minute drive from downtown Great Barrington to the start of the Rail Trail – well worth the trip.

There’s a cute little ice cream shop along the ride – in Cheshire – that also sells cold beverages. And, when you get to the end of the trail in Adams, there’s a really nice visitor’s center with very clean restrooms & snack machines. Once inside the visitors center be sure to check out the Thunderbolt Ski Museum which features a fun exhibit (with a movie) on the 10th Mountain Division & the now legendary Thunderbolt Ski Race. 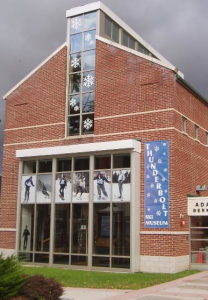 The Thunderbolt Ski Race started in the 1930s & still takes place every year on nearby Mount Greylock – the highest point in Massachussets.  Once in Adams, you can also walk around the streets near the Visitors Center & check out the beautiful classic brick mill buildings – some of which have been converted into loft residences.

Have a blast on the Rail Trail! 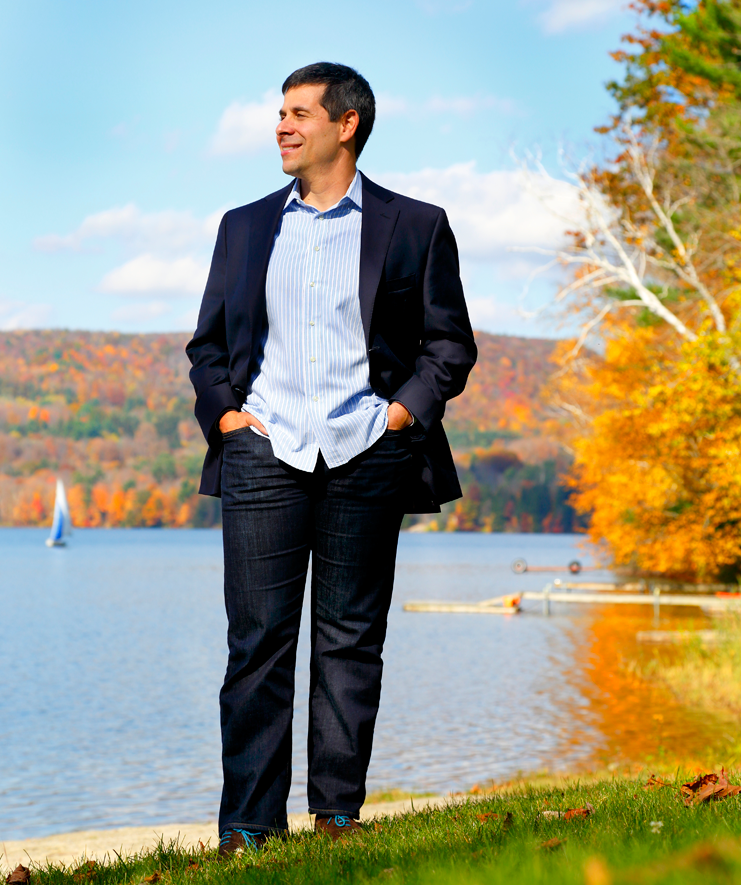 This past August, my wife & I, plus our two kids, traded our suburban NYC life for one in the Berkshire hills of Massachusetts. This blog is dedicated to our adventures and to being your go-to resource for the New Berkshires.

Enter your email address below to subscribe to our newsletter.

Get the latest things to do and places to go right in your inbox!